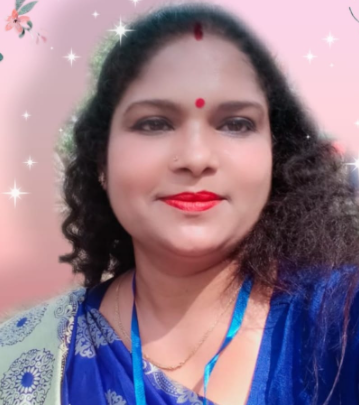 A Public Hearing Meeting organized by Kushtia district administration in collaboration with District Policy Forum (DPF), Kushtia was held in the Seminar Room of Kushtia district administration on 03 January 2022 at 03.30 pm. The Public Hearing Meeting was held with the participation of the Government of the People’s Republic of Bangladesh with funding from European Council under the project of Platform for Dialogue(P4D) implemented by British Council in collaboration with District Police Forum (DPF), Kushtia. The meeting was presided by DPF, Kushtia president, Mst. Mahbuba Begum. Honourable District Administrator and District Magistrate, Kushtia Mr. Muhammad Saidul Islam, was present as the Chief Guest at the Public Hearing. Also present as special guests were Mr. R. M. Selimshahnewaz, Additional District Magistrate, Kushtia and Mr. Muhammad Murad Hossain, Deputy Director (Acting), District Social Welfare Office, Kushtia.
At the beginning of the program, the President of the District Policy Forum (DPF), Mr. Mahbuba Begam, delivered her welcome speech. In her speech, She expressed her gratitude to the district administration and DPF, Kushtia for organizing the Mass Hearing Session. Then the chief guest, in his inaugural speech, outlined the nature of Public Hearing and its importance. He said that every Wednesday the district administration, Kushtia organizes a public hearing session where the problem of any person deprived of services in this area is brought to the notice of the district administrator. So far many problems have been solved through public hearings. He said that any person can come to him with any problem and promised to do his utmost to resolve the issue.
After his speech, 5 persons of this locality put forward their complaints to the special guest of the session, Mr. BRM Selim Shahnewaz, Additional District Magistrate, Kushtia. He noted down all the complaints. One of the marginal farmers of Ziarkhi Union has applied for the agriculture card but now he is seeking more cooperation from the Agriculture Block Supervisor in the area. The daughter of a freedom fighter described her pitiable condition due to homelessness. In addition, the issues of birth registration, land registration and health services were discussed and the participants in the open discussion also discussed various issues.
Special guest Mr. BRM Selim Shahnewaz, Additional District Magistrate, Kushtia listened to every complainant and noted down their problems. He also promised to take immediate actions in this regard.
Special Guest Mr. Muhammad Murad Hossain, Deputy Director (Acting), District Social Welfare Office, Kushtia, lauded the initiative and expressed his heartfelt thanks to all the members.
The whole public hearing session was presented by: Asaduzzaman Asad, Editor, District Police Forum (DPF), Kushtia. He expressed his thanks and gratitude to everyone at the end of the meeting.
Md. Rezbiul Kabir, Kushtia District Facilitator of P4D Project was in overall cooperation.